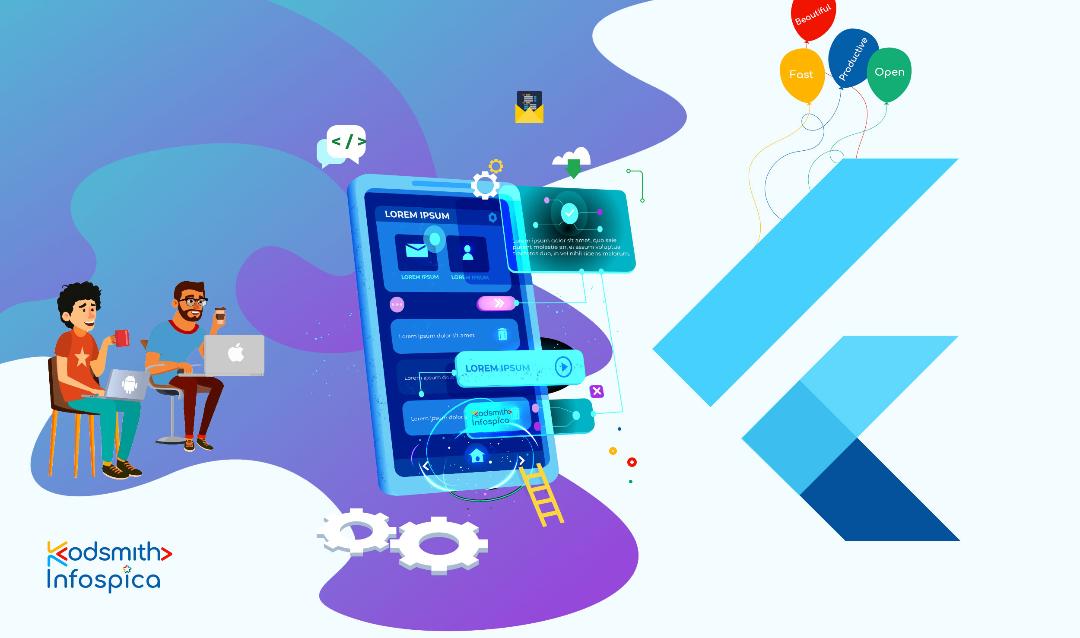 Deciding the best approach to develop a mobile application is crucial for an app owner to ensure the success of the project. Many argue that native application is the best approach while there are many outstanding apps proving otherwise. Hybrid application development has gained popularity amongst developers with platforms such as Cordova, Xamanrin, Iconic, Flutter Framework7 etc.
Flutter amongst other hybrid platforms is gaining popularity amongst developers owing to its similarity in concepts and constructs with C#, Java and JavaScript.

Flutter is an open-source UI software development kit created by Google. It is used to develop applications for Android, iOS, Windows, Mac, Linux, Google Fuchsia and the web. The first version of Flutter was known as codename “Sky” and ran on the Android operating system. The programming language used by Flutter is named Dart. Although Flutter is a relatively new hybrid platform, there are already trendy Apps in Social Networking, Entertainment, Health and Fitness, Finance, Education and Business built with Flutter. Google Ads, the advertisement management app by Google can be cited as a good example of a Flutter App.

1. Faster Prototyping – A quick demo of app can be prepared in a jiffy.
2. Lesser Coding – Logical coding comparatively lesser to native development.
3. High Performance – Hot reloading possible, which means build, can be easily generated while coding.
4. Compatibility – Flutter Widgets supported by most versions of Android and iOS. Custom-made and Ready-Made Widgets are available.
5. Flexibility- As an open-source framework by Google, Flutter offers a lot of customization options.
6. Testing Made Easy – Flutter and Dart have built in Unit Testing.
7. Cost Effective – Just the perfect place for MVP (Minimum Viable Product).
8. Scalable – Flutter App can make good use of growing Dart Libraries

Some developers discourage the use of Flutter claiming it as a relatively newer platform with limited libraries, frequent updates, resulting apps with bigger size, unfamiliar programming language Dart, not the best of debugging options and its not so seamless interactions with iOS.

Google as a company stands out for its remarkable achievements and one can say that the future of Flutter is hence in safe hands. In 2020, Flutter adoption is going to explode, and a lot of companies are going to require Flutter developers, so learning Flutter is a great decision for any aspiring hybrid mobile application developer in terms of strengthening career and securing future employment possibilities.
For an enthusiast, working with Flutter offers a productive feel, as the developer is able to view the results faster.
To conclude, one of the exciting aspects about Flutter, beyond its cross-platform support, is its growing community—developers passionate about the platform who contribute tutorials, learning videos, demonstrations, user interface components, images, maps, charts, storage, templates, and so on.

A Big Thumbs Up to Flutter!